Ace have recently had the opportunity to sponsor training tops for Shaw Cross Girls Rugby for their 2018 season. The tops are already making appearances during pre-season training and have been keeping the team warm during chilly January. With many keen sports fans amongst our staff it is great to help out a local team who are proving to be very successful. 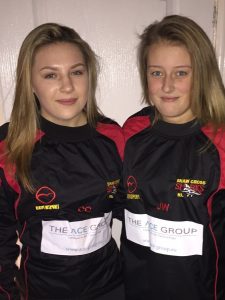 Growth In Numbers And Success

Shaw Cross Girls Rugby had modest beginnings with just 7 girls initially playing at the club. Over the last few years though, the team has grown exponentially with 34 players last year and 40 girls now attending the twice weekly pre-season training for 2018!

The under 14s team made club history when they went a whole season undefeated, the first ever junior team from the club to achieve this accolade! In addition they won the Leeds Rhinos challenge and took the title in their home Junior Gala. As well as their success on home turf, the team also travelled to France in September last year on a Rugby Tour where they had the opportunity to play French teams. This was a brilliant experience for all and many life skills were learnt on the trip.

Shaw Cross Girls will have a tough time topping their success from last year but they fully intend to give it their best shot for the season ahead. The Ace Group wish the team the best of luck and are proud to have our logo displayed by the players.