Around 12 months ago the company, which manufacturers an extensive range of commercial and residential furniture systems, installed two CompAir L37 fixed-speed compressors and one L37RS speed-regulated unit as part of a site move to a new purpose-built facility. This has cut the number of compressors from six fragmented units to an integrated package of three, with reduced the air pressure from 10 bar to 7 bar, a saving of 21 per cent.

Bluespot was established in 2001 and grew progressively as a result of increased product offerings in contract office furniture and student accommodation installations, resulting in operations spread across four separate units. This meant that the compressed air system had become fragmented, with air line systems added over time to accommodate the increase in demand as production grew.

In mid 2013, the company took the decision to purchase a modern production unit nearby and consolidate its four units in to one facility. This gave Bluespot the opportunity to carefully plan the layout of the production process and, an important element of this was the design of the compressed air system as Dr. Andrew Cooper, Operations Director explains,

“Compressed air is a key component in the efficient operation of our production process. It is used extensively across the factory, providing processing air for each stage in manufacture including panel cutting, edging and drilling.

“Although our existing compressed air supply provided the volumes and quality of air that our process required, it had been added to over time and was therefore not delivering the high levels of efficiency we required. Our machinery requires a constant supply of air at 6.5 bar but, at the old site, to compensate for air losses in the pipework and general system inefficiencies, we had upgraded the compressors to operate at 10 bar.

“In addition, we wanted the new facility to maximise productivity at every stage of the process. Our existing compressors were sited at the point of use, meaning our operatives had to wear mandatory hearing protection – something we were keen to overcome to help improve the working environment too.

“Working closely with ACE Group, we were able to specify a brand new air system. This comprised a new compressor house located outside of the main production area, sized to suit our current air requirements but able to meet additional demand as part of our plans for business development for the future. ACE installed new aluminium, full bore pipework which is both lightweight and highly efficient, helping to reduce pressure losses significantly.”

Andy Crone, Group Sales Director from ACE Group explains how the new system has been optimised to save energy:

“The previous system was energy-intensive as the compressors were running continuously rather than adapting to changes in production demand.

“As a result, we advised Bluespot against moving their existing compressors across to the new facility but instead, recommended a combination of fixed and speed regulated units to meet peaks and troughs in air demand.

“We loaned the company a compressor during the early stages of the move, which we monitored over a period of time to access site air demand and to help identify where savings could be realised. Data logging of air usage was conducted by ACE specialists to monitor the air usage in the new factory prior to final confirmation of new compressor specifications.

“The resulting installation comprises two CompAir L37 fixed speed compressors, which are rotated to provide the base load and the speed-regulated L37RS which comes online to meet peaks in demand. These are controlled by the CompAir SmartAir Master compressed air management system, to help even out compressor running hours and continually provide the most cost-efficient means of generating air.

“A high-efficiency refrigerant dryer, with pre and post filters provides clean, dry air throughout the network.

“A single air receiver tank was also specified in place of a number of tanks at the previous facilities, helping to reduce maintenance requirements significantly.”

Andrew Cooper concludes, “It is important for any manufacturer to be able to focus on its core skills of producing a high-quality, finished product and work with suppliers that can provide other technical expertise. We were able to rely on ACE Group to not only commission a quality compressed air system, but also provide ongoing service and maintenance.

Our new compressor system has exceeded our expectations in terms of energy efficiency and one year on, we are realising savings in excess of 30 per cent.” 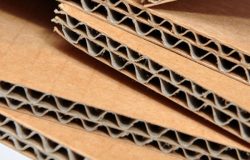 Another Installation Successfully ‘Wrapped Up’ By Ace!

ACE Provides a Breath of Fresh Air at Transport Group